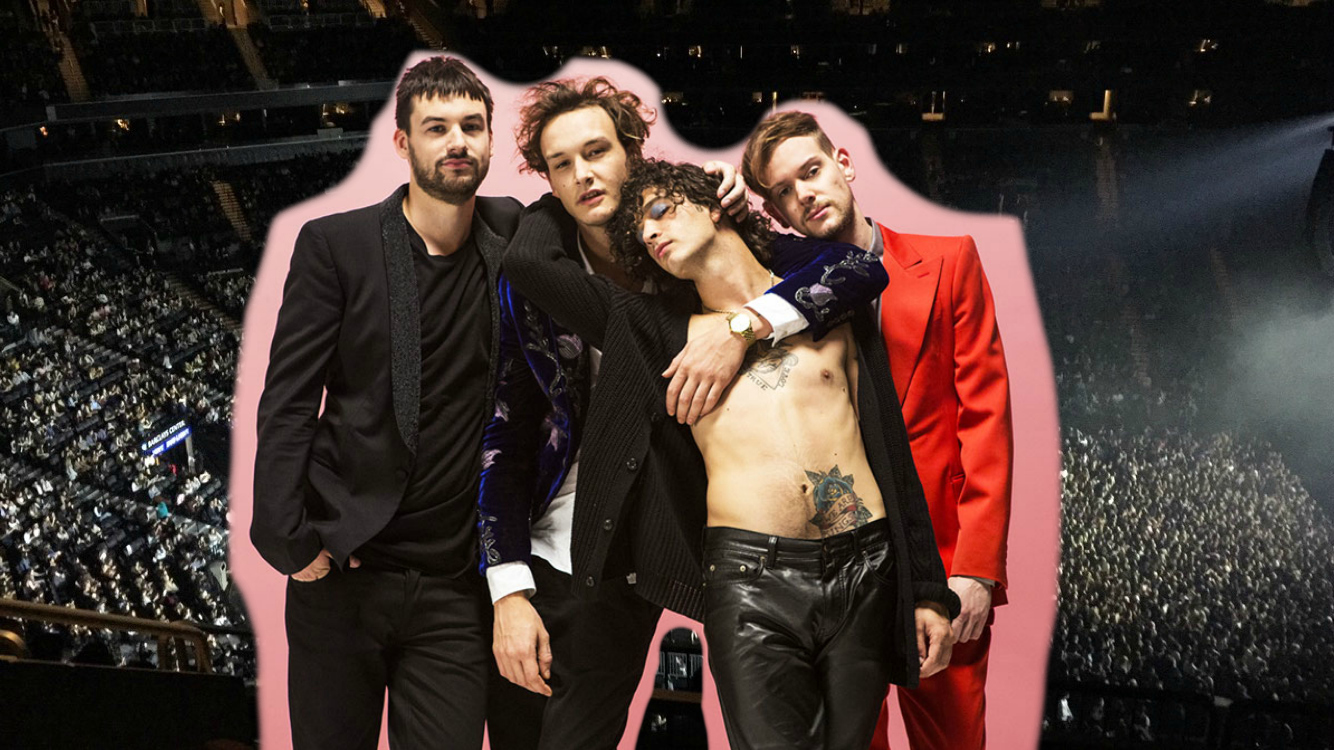 Confession: I am an avid concertgoer and have been one since my teenage angst kicked in. A year after year, and concert after concert, there happen to be two things that this music addict never experienced – seeing her favorite band at the arena and going to a concert alone.

I’ve purchased my The 1975 tickets months in advance and anxiously waited to finally see them perform live. Now, the reason why I have decided to go alone lies in the facts that none of my friends are true The 1975 fans and I just couldn’t ask anyone to sit through a concert they were not extremely eager to see. Plus, the tickets were on the expensive side, since the venue happened to be the Barclays Center.

Now, that brings me to the second point of this blog post. I’ve never seen my favorite musicians perform at a really large venue, like an arena. And if you were to ask me, “WUT?!” I would say that, no, I really don’t remember the thought-process I had the moment I decided to see what it would be like to attend an arena concert and go to it alone – ALL IN ONE NIGHT.

So, here’s the summary of my night:
– Got to Atlantic Terminal with a decently large crowd of fellow concertgoers (who happened to behave very well) while actually managing to find a seat on the Mineola → Jamaica & Jamaica → Atlantic Terminal (Brooklyn) train? Not bad…

– Got in, said “Wow, high!” (BC staff member just looked at me, like WUT?! and showed me where my seat is). I won’t say that I’m extremely scared of heights, but I don’t think I’ll be bungee jumping anytime soon.

– Now when it comes to the performances (“The clash of the worlds!”):

The Japanese House creates such a hazy, dreamy world that’s so inviting and mesmerizing. Bursts of light coming from the stage light fixtures that accompanied the music just added that oomph! to the performance and made it a sonically and visually gripping experience. I remember that I particularly loved the performance of “Sugar Pill.”

Wolf Alice’s performance was energetic and sonically more intense. I totally lost it when they performed “You’re A Germ” and ”Bros,” (they performed more than two tracks of course) because those happen to be two of my favorite tracks off My Love Is Cool (2015). The snappy changes of colors coming from the stage lights made this performance, one big, wonderful, dance party.

And finally, The 1975… Who honestly knows fun better than The 1975? The band performed various tracks from their self-titled debut album The 1975 (2013) and their second studio album I Like It When You Sleep, for You Are So Beautiful yet So Unaware of It (2016). The set designs and lighting alternated between technicolor and monochromatic, therefore gently switching from one world of The 1975 to the other. Once again, I lost it when they performed “A Change of Heart,” “Robbers” and “You,” because yes, you guessed it – these are my faves. One of my favorite moments must’ve been when Matty Healy stopped for a moment and looked at the audience mesmerized and completely humbled by the experience. He said that the fact they’re performing in front of such a large crowd is absolutely “massive” for the band, because they happen to be “a fan-generated band” and not someone who’s “all over magazines and radio stations.” Another great Matty Healy moment was when he asked if “we can be human for a moment and turn the f*****g phones off to have the best next five minutes of our lives.” Seriously, thank you Matty! He then proceeded to perform “Me,” while lighting a cigarette.

– Once the concert was over, I had a smooth ride back home. I’ve also interacted with a few lovely concertgoers. The girl sitting next to
nnme, actually made my lonely experience less awkward. I told her that I went alone to the concert and she was like: “Aww!” in a really sad tone. So, I said that it was a cool, different and actually not scary at all experience. I’m not sure if she really heard me though…

So, to elaborate on the title of this blog post – nothing really happened. It was just as fun, although dancing all alone is kinda awkward… But hey, if Robyn’s doing it, so can you.

P.S. Get well soon George! (He wasn’t able to perform, since his hand was in a cast.)